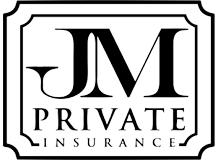 William E. Beckham, Jr graduates from University of Georgia & joins his Uncle Phil in the insurance business.  His lovable character is well suited for selling and servicing insurance.

Head Beckham makes their first of 4 acquisitions – over the next 3 years & increases size by over 50%.

Head Beckham merged with AmerInsurance creating the largest multi-cultural insurance agency in Florida with over $60 million in Premium.

HBA Insurance Group, with $200 million in Premium and 3 locations, sells to Brown & Brown Insurance, the 7th largest agency in the world.

JM Private Insurance Agency is established to sell and service the insurance needs of the South Florida Business Community.

“To Whom Much is Given, Much is Expected”